You Are Here: „Gaussian Elimination Squad“ 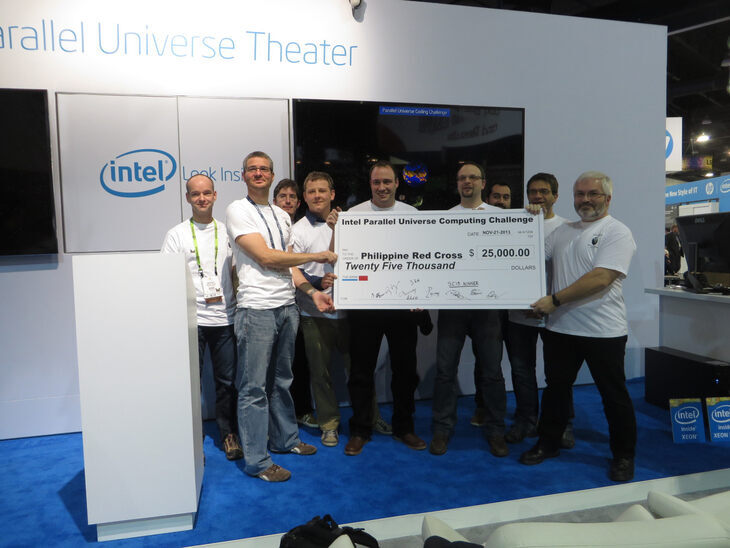 Eight teams from USA, Korea, China, and Germany tried to prove their knowledge and skills in parallel computing in the "Intel Parallel Universe Computing Challenge" competition organized by Intel at SC13.

The matches consisted of two parts. The "Trivia Challenge" presented fifteen multiple-choice questions about parallel computing, computer history, and the SC conference itself. In the "Coding Challenge" the teams were given ten minutes to parallelize and optimize a piece of code not known to them in advance. The amount of points received was determined by the speed-up achieved on Intel Sandy Bridge and on Intel Xeon Phi respectively. The German "Gaussian Elimination Squad" was formed by associates of various institutes from the Gauss Alliance.

In the end, the team won after defeating in various matches the Chinese "Milky Way" team, the team from Seoul National University, and the "Coding Illini" team from the University of Illinois and the National Center for Supercomputing Applications (NCSA). The prize from $25.000 was donated in full to the Philippine Red Cross. The victory of the "Gaussian Elimination Squad" signals the competence in HPC of the German centers. more (Contact:Georg Hager, RRZE)