You Are Here: A new CLAIX on the HPC map

A new CLAIX on the HPC map 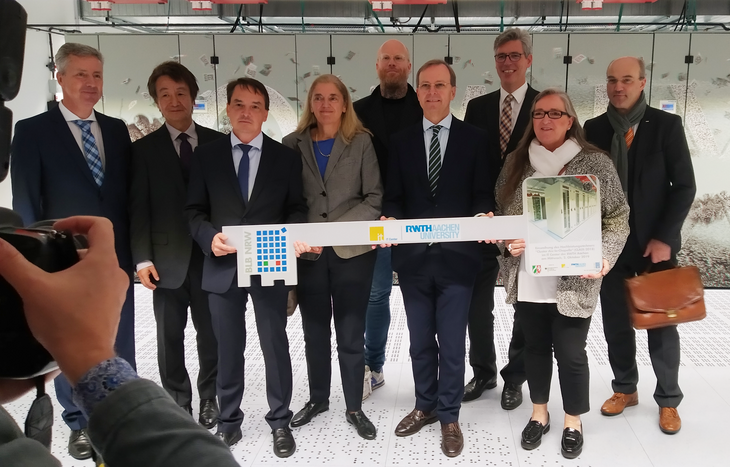 Last Wednesday, October 2, 2019, the fastest university computer in Germany "Cluster Aix-la-Chapelle" (CLAIX) was officially inaugurated at a ceremony with top-class speakers and guests at the IT Center of RWTH Aachen University.

After welcoming the guests and a series of ceremonial speeches, the keys were symbolically handed over, followed by a guided tour of the high-performance computer. The focus was not only on the technology, but also on the artistic visualisation of the CLAIX lettering of the Aachen artist Tim Berresheim on the case.

With CLAIX-2018, RWTH now has a high-performance computer of the national top class, which offers a location advantage both for current users and new emerging application classes.